The province of Lower Austria supports the bats project done within the inter-provincial project "Network Natural Forests". The bats are one of the most endangered vertebrates in Austria. 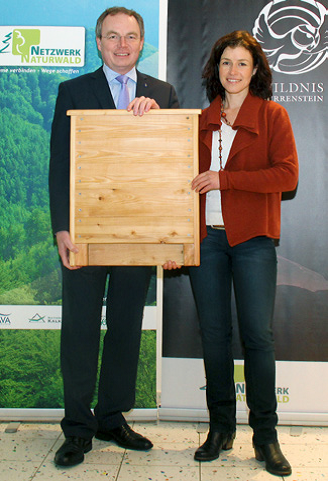 Landesrat Dr. Stephan Pernkopf, member of the government of Lower Austria, appreciates the bats project as an important initiative to conserve endangered bats in Austria. The cooperation of the three provinces Lower Austria, Upper Austria and Styria in the project “Network Natural Forests” is an important step in conservation policies. Christoph Leditznig, director of the Dürrenstein Wilderness Area wants to spread the conservation measures over the Dürrenstein Wilderness Area by cooperations with dedicated landowners.

Analysis of the stepping stones is in progress